If you’re looking for ways to improve your credit score, chances are you’ve come across CPN tradelines at some point. Well, here you are: you’ve found them. So what’s the verdict?

The verdict is that it’s a good thing you’ve found CPN tradelines here and not from someone selling them. If you take away one thing from our article, let it be this: CPN tradelines are unequivocally an illegal scam. But what are they, and how do they work? Why are CPN tradelines so popular when people search for the best credit repair options? Read on to find out.

What Are CPN Tradelines?

Sellers will tell you that you can use this number to improve your credit score and will often suggest that you get a different address on your driving license to avoid it being cross-referenced.

This detail is already a bad sign. If you need to use a fake address to benefit from a product, you should already be on high alert.

According to companies that market them, the allure of CPN tradelines is that they provide a sort of “clean slate” for users looking for easy ways to repair their credit scores. A new address, a new phone number, a new “social security number” — sounds good, right? There’s a reason for that — it’s too good to be true.

No. Using a CPN is illegal, and the Federal Trade Commission (FTC) has been quite clear that it considers CPNs a scam. It’s not just selling and distributing these numbers that are criminal offenses: using a CPN tradeline is a federal crime that can land you up to 30 years in prison.

The bottom line — there’s no alternative to a social security number. What’s more, the Social Security Administration (SSA) never “sells” numbers. In rare cases, it may provide a citizen with a new number. Still, the SSA has official channels for this process. It’s never a service you’ll find from a private seller.

To reiterate: there is no legitimate channel for obtaining a CPN because there is no such thing as a Credit Privacy Number. No official body recognizes it. You could achieve the same results by making up nine random numbers and claiming those digits are your new SSN. The effect is that you’ll go to jail for fraud.

Can You Apply for Credit with a CPN?

You can’t apply for credit by using a CPN in place of a social security number.

It’s important to understand the role of an SSN in a credit report. It doesn’t affect your score — it’s merely an identifier. Companies selling CPNs advise you to provide a host of other fake information so that the credit provider doesn’t try verifying fake information with your real details.

Many card issuers will require you to provide your SSN as part of a credit application, but this demand is simply to help verify your identity and protect the bank against fraud. It stands to reason that providing fake information is likely to set alarm bells ringing — banks are quite good at spotting irregularities.

All you’re doing is paying for a fake identity. At best, you could’ve made up the numbers yourself and achieved the same result. At worst, the CPN is someone else’s SSN that has been obtained illegally, and you’ll be complicit in a serious form of identity fraud.

Where Do CPN Numbers Come From?

There are three major ways that fraudulent sellers provide this information:

Sellers typically generate created numbers using an algorithm. The effectiveness of these algorithms remains in question, but the idea is that a computer generates an SSN that hasn’t been used previously. Of course, this process runs the risk of creating a number that’ll eventually be someone’s real SSN, in which case you’ll be impersonating that individual.

The algorithm generation method is slightly more sophisticated than simply inventing a string of numbers, but only slightly. A credit provider can still verify this information as real or fake when they run it by the SSA, which is fast becoming a part of most credit lenders’ verification process.

The second method is more insidious, and it is to steal a real SSN. Companies doing this tend to target demographics like:

The easiest way to tell if a company has stolen this information is that it may tell you that it can offer you an SSN associated with a genuine credit score. This promise indicates that the information belongs to someone else. If you were to use this information, you would engage in serious fraud.

One of the most sophisticated ways fraudsters create fake identities is by creating a “synthetic” identity. This process involves blending real information from several parties to create a new identity that incorporates authentic information. For example, it may use a real address from Person A, an SSN from Person B, and a phone number from Person C — all of which are real. Person D then buys the complete package, who uses it to apply for credit.

This form of CPN creation can be harder for authorities to trace, as all the information is legitimate. However, there is increased awareness of this practice, and credit providers are paying more attention to accounts that use potentially suspicious combinations. It’s simply not worth the risk when there are many legal paths to credit repair.

Where Do People Buy CPN Numbers?

Buyers can find companies selling CPNs in online environments, as these fraudulent sellers don’t want to have traceable office locations. Your best rule of thumb is to avoid buying anything from these companies, even legal products like wholesale tradelines if they also offer them. If a company is marketing CPNs for sale, this means that it’s engaging in illegal activities, and you shouldn’t trust any of its other activities even if they appear legitimate.

Is it Illegal to Buy CPN Tradelines?

Yes. Buying CPN tradelines means that you are participating in fraud. The people behind the companies marketing these options are taking advantage of vulnerable people and will serve long jail sentences if they’re caught, but it’s far more likely that you’ll be caught as a customer. The court may not accept ignorance as an excuse. Even if a victim went along with a CPN tradeline scam unknowingly, a court could still deem them complicit in illegal activities.

Can You Go to Jail for Using a CPN?

You can go to jail for up to 30 years for this offense. The SSA provides your social security number as a unique identifier, and attempting to mask a poor credit history by providing fake information is a criminal offense.

Some lenders don’t require you to provide an SSN for credit applications (it’s not a legal requirement), so you don’t risk jail time simply by refusing to provide this information. However, deliberately providing false information is defined as fraud. As most major credit companies require an SSN for identity verification, naïve individuals purchase CPNs as a way to “start fresh.” This “easy fix” doesn’t work and is a criminal activity that could land you in jail.

Instead of trying to cheat the system, there are many ways to achieve credit repair that don’t require you to give your money to fraudsters and risk jail time. We list some of the best credit repair methods below:

We understand that managing your money is easier said than done when there never seems to be enough of it. However, prioritizing timely bill payments above all else is one of the best ways to achieve credit repair.

Trying to schedule activities like shopping after days when you know you have bills coming out is a good strategy. It may mean that you have less cash to spend at the shops, but you must remember that the bill payment is non-negotiable.

Your credit score is partly determined by the utilization rate of your primary tradelines, such as your credit card. This means how much you spend compared to the amount of credit offered. For example, using $900 of credit on an account that offers $1,000 monthly would be considered a high utilization rate by the provider.

When the bank sees that you regularly approach its limit, it considers you a higher risk, as the information suggests you may go over the limit. Reducing this rate can help show the bank that you aren’t a risky individual to lend to.

Did you know that you can dispute errors on your credit report? If you’re one of the millions of Americans that don’t know how their credit score is determined, it’s worth obtaining a copy so that you can check for errors.

You can obtain a report annually from one of the three major credit bureaus. If you keep track of your payments, you can cross-reference these with your report to ensure that you haven’t been unfairly penalized. If you find that you have, you can lodge a dispute to help you achieve credit repair.

You don’t do anything with the account: rather, you simply benefit from the fact that it shows up on your credit report. Affordable authorized user tradelines are excellent ways to achieve credit repair through legal means.

The Best Place to Buy Tradelines

Rule number one of buying tradelines of any kind is to never buy from a company selling CPN tradelines. Remember that CPN tradelines don’t exist: they are simply fake or stolen numbers that individuals use to commit identity fraud.

Companies selling these options engage in illegal activities, and any association with them could negatively impact you. Even if you don’t buy illegal options such as CPN tradelines from the company, you should still question their “legitimate” products. Instead, consider a reputable company that only sells legal, legitimate authorized user tradelines.

Explore our guide on the best tradeline companies to learn more about the best places to buy tradelines. No companies we recommend will ever engage in selling CPN tradelines or other bogus options.

The Bottom Line — Avoid CPN Tradelines at All Costs

Don’t take the bait. You should never trust a company offering a clean slate because that’s simply not how credit repair works. Legitimate means of credit repair like paying your bills on time and lowering your utilization can produce painstakingly slow results. But in the long run, it’s best to achieve credit repair in honest ways.

Authorized user tradelines are some of the best tools for credit repair. They’re legal and passive ways to build your credit score in conjunction with other responsible practices. Consider these options rather than searching for scams like CPN tradelines. 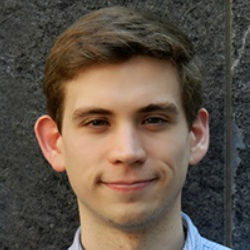 Steven Millstein
Founder and Editor In Chief at CreditRepairExpert
Steven is the Founder and Editor In Cheif of CreditRepairExpert.org. Every day, Steven speaks with individuals and families in the online credit repair community to answers questions and offer help to people on their journey to repair and improve their credit rating. If you have a story idea for Steven or you would like help with credit repair, please email him at steven@creditrepairexpert.org. 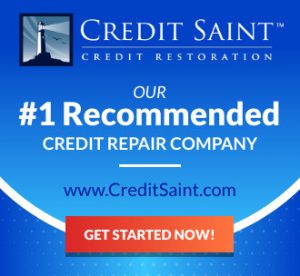 Get Your Free Credit Consultation Today!